What is the Difference Between Being an Influencer and Being Influential? 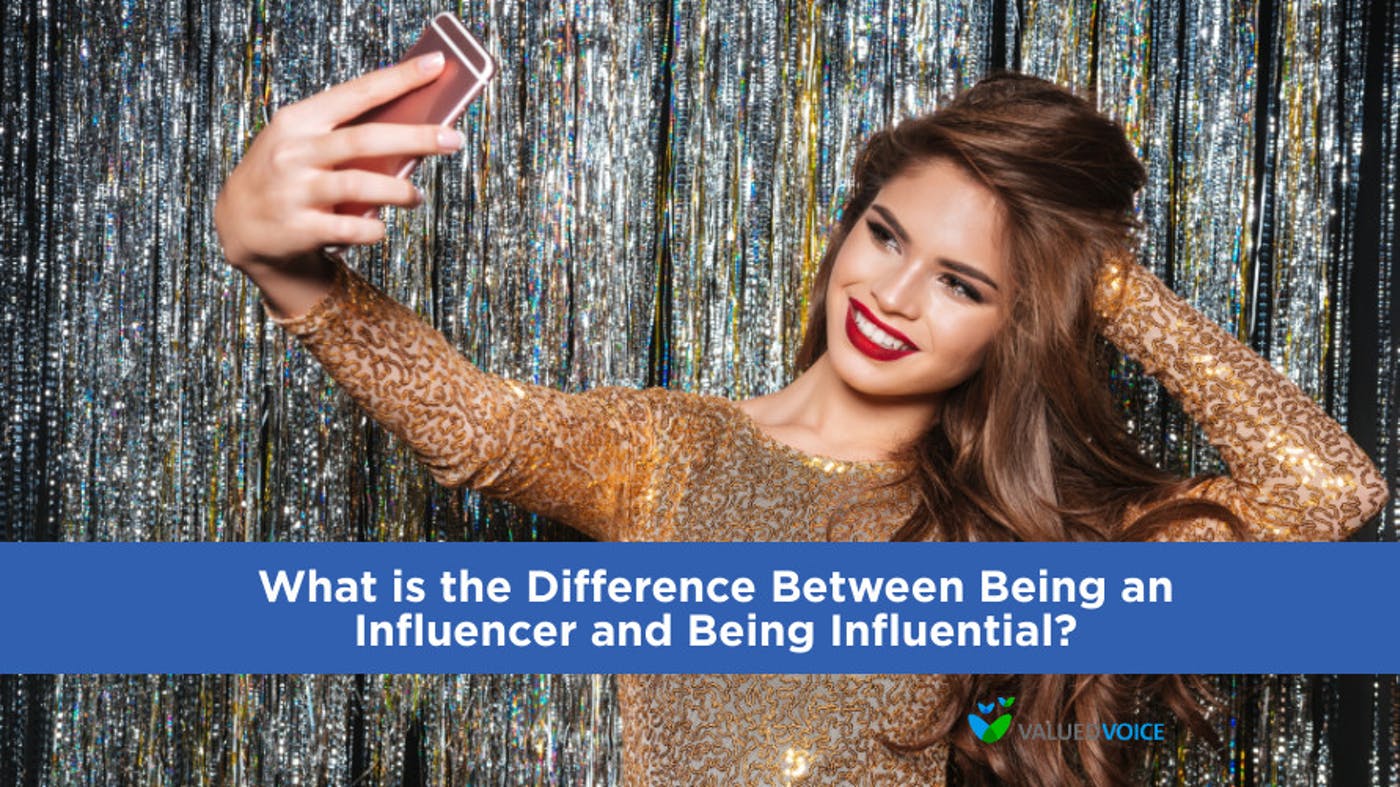 Whether it’s a college essay or a Miss America competition, there’s a quintessential question that often gets asked of people who are being considered for something significant:

Who has been the most influential person in your life? Answers vary widely and have included parents, historical figures, and contemporary leaders.

There are some fathers who worked three jobs to send their children to college. Martin Luther King Jr. inspired a new generation of activists who practice civil disobedience as a catalyst for change.

The Dalai Lama continues to serve as one of the world’s most renowned spiritual leaders who encourages everyone to seek inner peace so that the vision for world peace can be actualized. These are influential people.

There’s no question that influential people have made significant and positive impacts on both individuals and the world.

This is precisely why there should be no confusion between influential people and people who are influencers.

What is an Influencer?

An influencer is someone who has a strong following. And while this doesn’t necessarily mean that they have a lot of social media followers, that’s often how influencers are defined.

They are a person who is well known and easily recognizable. People tend to pay attention when this person does or says something.

If they’re not actual celebrities, they can be referred to as quasi-celebrities because so many people know them, even if they're not real people.

For example, do you remember Jared "the Subway guy"? Or how about Flo, the fictional insurance saleswoman who's known for her commercial appearances?

She has millions of fans, and according to Wikipedia is known as an "iconic advertising mascot." Everyone knows she represents a single company, but if she were to move to a different business, she would probably come with a strong support base.

These are people that have an impressive number of followers and people engage with the content they post.

Some of the most famous examples in 2019 include Ariana Grande, Selena Gomez, Kim Kardashian, Beyoncé, and Taylor Swift.

Whatever they do, they seem to have a captive audience. Therefore, they often get approached for marketing opportunities.

Take, for example, the non-celebrity makeup artist. If they were to endorse a specific cosmetic company in one of their online videos, it’s highly likely that their fans would want to try that company’s products.

Content creators spend a great deal of time and money trying to identify and reach their target audience.

Imagine the appeal if they can tap into someone who has that same audience at their disposal. It’s no wonder this has become such a successful marketing tactic.

Can Influencers be Influential?

Some influencers can have a genuine influence with their target audience, but that typically only happens after they have proved themselves to be a reputable source of information.

This can happen when they’re received as being a generally trustworthy person, or they have been known to use the product themselves – without getting paid for their endorsement.

Although Oprah Winfrey can arguably be both influential and as an influencer, there’s a good reason why her “favorite things” lists were so popular, and listed items would sell out within a matter of days.

What Do They Do?

This is the thing you might want to keep in mind. Influencers don't do anything. They are sought after solely for their reputation.

They get paid handsomely for just showing up somewhere or for having their picture taken with a product.

People pay big money to get these people to represent their products, show up to their events, or star in their commercials.

It is estimated that $6.5 million will be spent on this kind of marketing in 2019. Even though it has become a common marketing tactic, a recent study showed that 86% of people who were surveyed admit that they don’t trust influencers.

This isn’t to say that the Kim Kardashians of the world aren’t contributing members of society, but what they post generally shows up on your social feed and not the front page of the New York Times.