6 Types of Social Media Influencers and When to Use Them 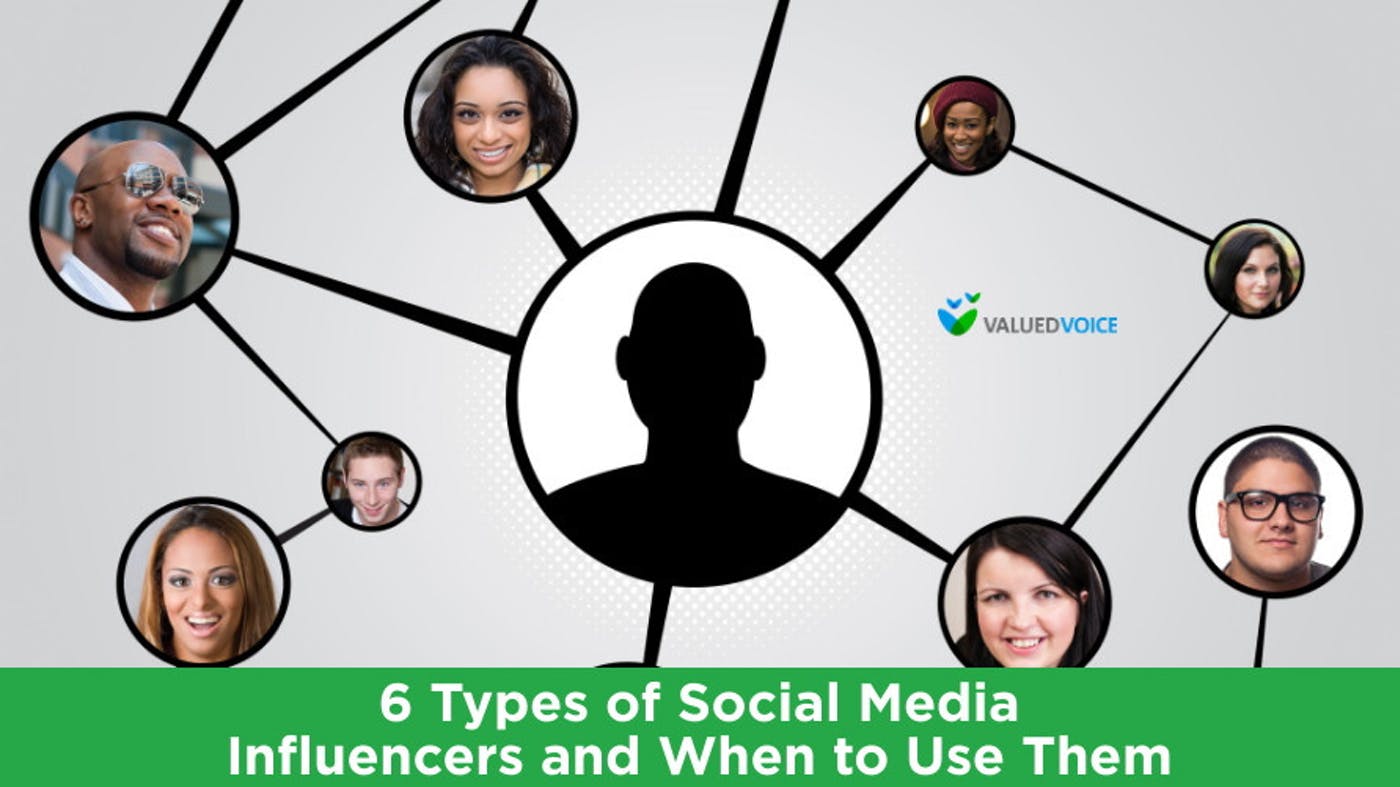 Depending on whom you ask or what publications you scour, social-media influencers can fall under different categories.

Additionally, specific rock-solid categories carry the authority of being designated by tiers based on numbers. Experts can differ on the number designations, to some degree.

The following list of eight influencer types shows some overlap, but each group can play a significant role in a marketing strategy.

Social-media stars can fall within any tier. Macro-influencers are those with over 100,000 but under one million followers.

They share pieces of their everyday lives, continually presenting life-in-the-moment snapshots. One side note, social media influencers may ultimately create a product related to a part of their brand.

These influencers appeal to an audience based upon the clothes they purchase, the cities they visit, or the restaurants where they dine.

If you are in a consumer-goods business, where product purchase and reputation are paramount, social-media stars hold real appeal.

Even though their shopping might seem glamorous, their purchases are appealingly real and attainable; because they are not traditional celebrities, their decisions are trustworthy.

Mega-influencers are the Grande dame of the social-media world. These are the faces of over one million followers.

Their recognition – born outside social media initially but becoming greatly enhanced by its use places them loosely as a celebrity.

This terminological cross-pollination stems from the evolution of the word celebrity. It now includes reality stars, models, and others from historically non-celebrity fields.

That is why mega-influencers can be attractive – in the business sense, that is. If you seek extensive reach, their recognition quality makes them a good choice, though a potentially expensive one.

These may be the biggest bang-for-your-buck in the marketing world, let alone the influencer sphere.

Though the micro-influencer has a reach that is smaller than some others – under 50,000 – that reach is focused and defined. Micro-influencers combine some of the traits of other influencers.

They use social media, they write blogs, and they create videos. Most important, they are usually experts on single topics.

Because they are niche-specific, and because they develop authority over time, their audience, though relatively small, is highly engaged. On top of that, the cost to use a micro-influencer is also relatively low.

Nano-influencers, a relatively new, unestablished group, are social-media posters with fewer than 10,000 followers, primarily on Instagram. They are extremely focused, and their followers are incredibly faithful.

For the most part, these individuals are in touch with their audience in a way celebrities and mega-influencers never could be.

If you seek a personal focus with a significant impact within that narrow audience, nano-influencers are a strong choice.

A specific marketing-focus involves product reviews. In both cases, the content creators often link to their blogs and videos via other social media channels.

When carefully selected, this influencer can be highly valuable for a range of uses. The best marketing bloggers and vloggers are truly trustworthy experts at the content they produce, a priceless commodity.

These two influencer groups share a singular characteristic. They are influential based on their in-depth knowledge. What they say and produce goes beyond the surface.

Both groups appear on social media, so their influence stretches beyond traditional media. Most important, they are also are unlikely to be mere product pitchers, so if you can find a way to utilize their voice, you are trustworthy.

Selling, as shown in the television show, Mad Men, is no more. Using social media influencers is the here-and-now approach to successful marketing.